How Do You View Your Install Crew? 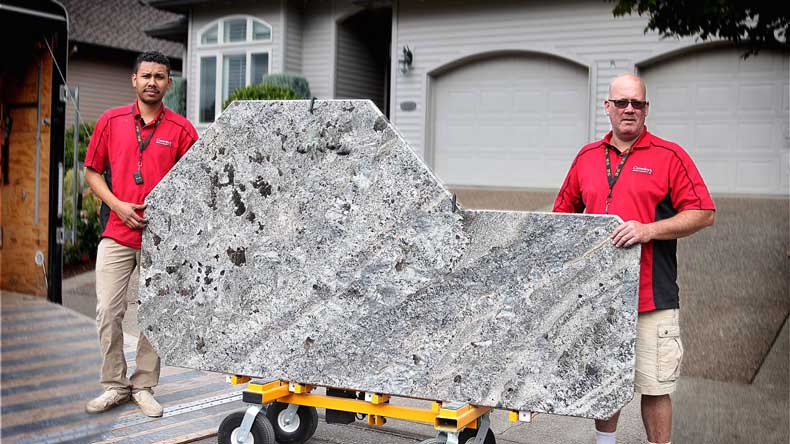 In your stone business, the glues, razor blades, and acetone run out.

The consumables are simply replaced. The equipment, if maintained properly can sometimes be repaired.  If not, it must be replaced too, usually at great expense.

So what about your install crew?

What happens when their bodies give out???

Do you view them as a consumable commodity that’s discarded when they’re all used up? If they’re beyond repair, do you just replace them?

[Awkward pause for your reflection]

You’re probably one of the good ones who will make a place for a broke down installer in your shop.

But what about the man who replaces him?

Isn’t he just as likely to wind up in the same situation?

To that point, let’s just review the typical installer’s situation for a minute: 30-45 years old, 10-15 in the stone business – 5-10 years installing. He’s probably got a wife or ex-wife and a few kids at home. The home most likely has a mortgage, which he is responsible for.

Now that we’ve personalized him, we remember…he’s human…just like you and me.

And, after spending the best years of his life acquiring the skills of a professional installer – no less significant than a journeyman electrician or mechanical engineer – his body gives out.

You tell me.  How does that man start over at this point in life?

Ya ya ya, I’ve heard it all before. But only because that’s what I told myself every time I saw my installers leave the shop for another job.

Yes, I know that’s a tough question, it’s the question that led to the No Lift Install System.

CAN THE NO LIFT SAVE YOUR BUSINESS FROM WORKERS COMP CLAIMS?

Installer injuries have become too commonplace in the stone industry. And with installer injuries come workers comp claims. When an installer suffers an injury, there’s more at stake than his job. His family and his livelihood become vulnerable. And his career as an... 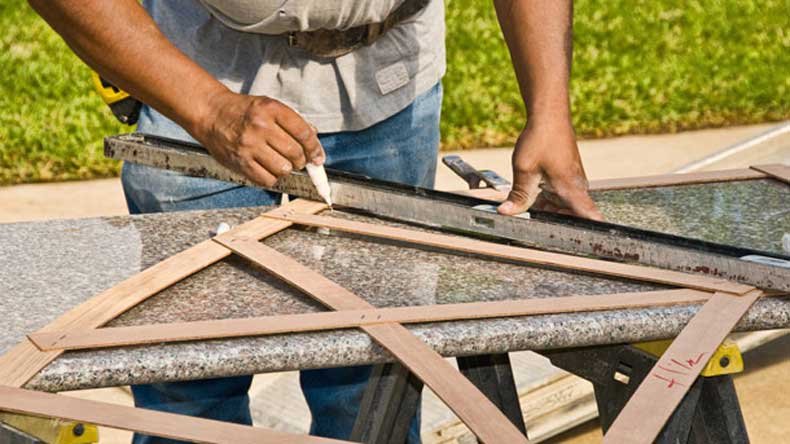 I’m assuming you will agree with this, of all the jobs in the stone business (besides ownership) installing has got to be the toughest. They’re stuck on site till the job is complete, they have to solve a myriad of unforeseen problems with the customer looking over... 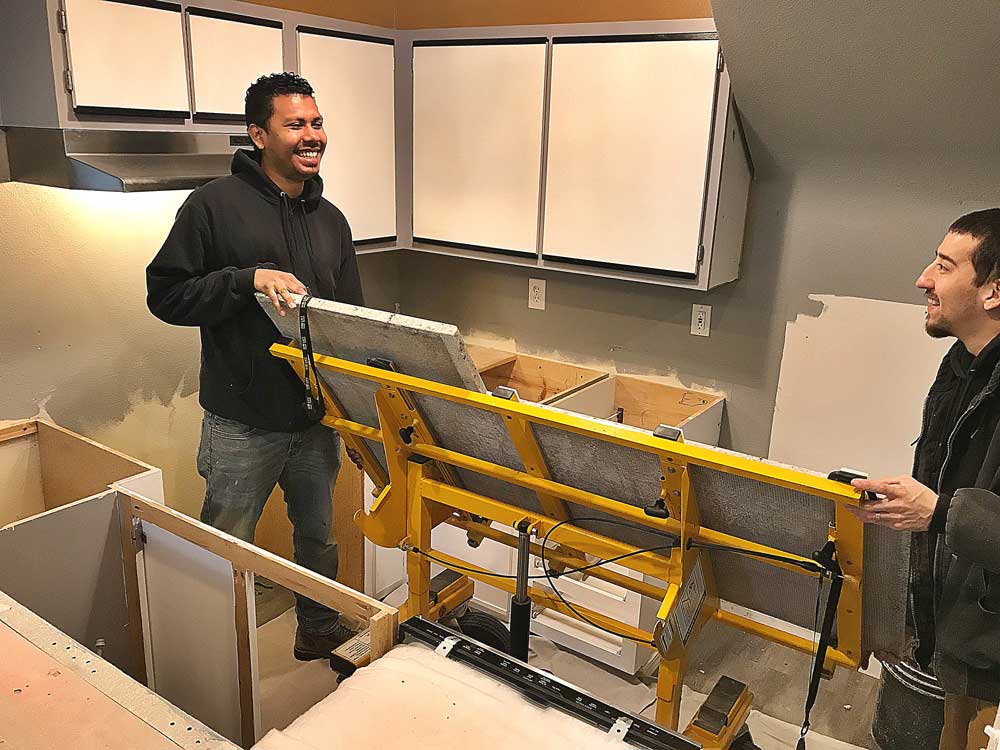 Want Pricing on the No Lift?

Just fill out the form and pricing will be emailed immediately!